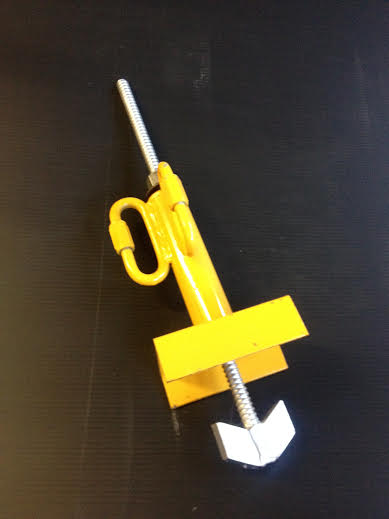 Ez Roof Anchor was founded by Dominique Fortin in 2010. The purpose of this company was to offer an affordable protective device to keep workers in the industry safe. In doing so Dominique designed one of the most innovative temporary roof anchor systems for steel roofs. The engineered roof anchor is now available for sale and patent approved in Canada and the United States.

The temporary roof anchor is inserted through a slot in the deck between the two top cord members of the supporting open web steel joists and clamped by tightening a nut. All this can be done in 30 seconds by one man standing on the roof.

• One anchor can be used for Fall Restraint/Fall Arrest for up to two workers at a time.

• Two anchors placed 30’ apart with ½” wire rope between them for a horizontal life line.

• Use multiple anchors places at 30’ apart, 6’ from the roofs edge around the building for a bump Line. 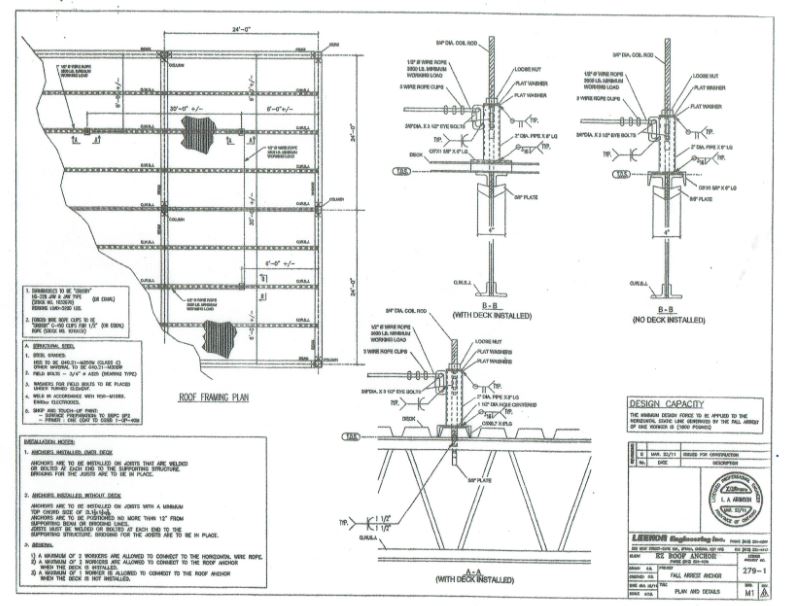 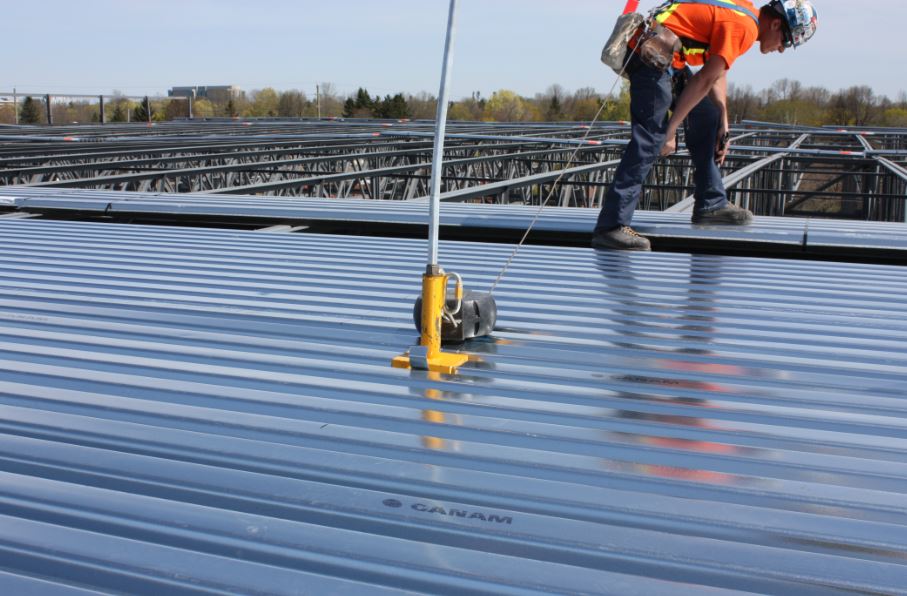 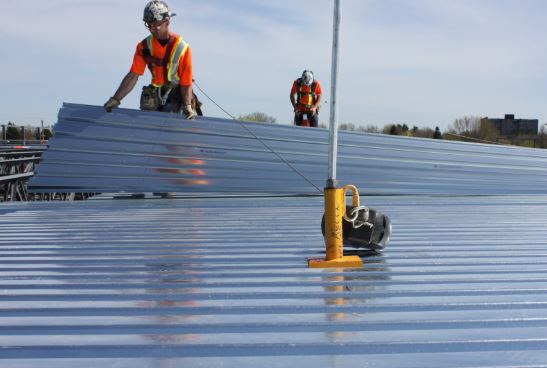